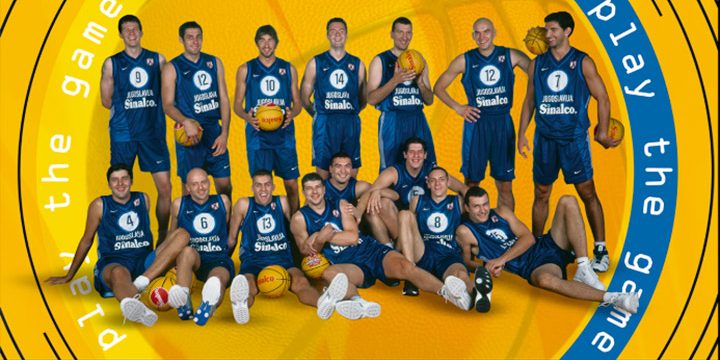 In the era when Sinalco was a sponsor of our national basketball team (European Championship in Istanbul and the World Cup in Indianapolis), we received an invitation to join the team! Apart from branding and campaign execution, we came up with the idea of distributing the yellow Sinalco basketballs throughout Serbia. There was hardly any basketball playground in the entire country without these recognisable balls. Just to mention, we became world champions in Indianapolis!